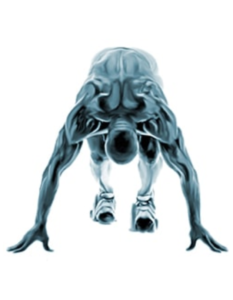 Originally featured in The Men’s Journal by Joseph Hooper

The Power of the Pod

Heather Hiniker owns and runs what could be considered a gym of the future in Newport Beach, California. The machine does all the work. At her Ascent facility, the training consists of showing up and settling into one of her two stationary CVAC pods for a 20-minute session. The air pressure inside will yo-yo between sea level and about 22,500 feet, with 200-400 pressure changes in between. When you hit maximum altitude (or rather the air-pressure equivalent), you take a rapid nosedive back to Earth, akin to racing up to the top of Aconcagua and jumping off.

The 36-year-old Hiniker says the CVAC pod is the only thing that has kept her rheumatoid arthritis at bay. She left her job in finance, sank her life savings into Ascent, and saw her business nearly go under until word started spreading on the California jock grapevine that the CVAC pod could enhance performance. Now she says the majority of her clients are professional athletes – UFC fighters, a major-league ballplayer, two members of the U.S. Olympic men’s volleyball team, and a famous pro cyclist who demands secrecy.

“He doesn’t even tell his teammates about it,” she says.

Dr. Karen Herbst, an endocrinologist at the University of California San Diego, sees the pod as a means to “replicate exercise” in a machine. “I don’t see it as an altitude chamber anymore,” she says. The standard high-altitude tents that some athletes sleep in as a training aid simulate only one aspect of living at higher altitude: the reduced amount of oxygen the body absorbs. The CVAC, on the other hand, subjects the body to actual air-pressure changes, rhythmically squeezing and relaxing the whole human package – blood, organs, the works – the way an empty plastic water bottle with its cap screwed on collapses in on itself when the simulated altitude goes up and the pressure drops, and plumps back out on the descent when the pressure rises back to normal.

The effect, Herbst believes, is a stimulation of the lymphatic system, which then drains metabolic waste more vigorously, thereby reducing inflammation. This is how she explains the positive results she got in a 2010 pilot study, in which the CVAC reduced pain in subjects who suffered from a genetic pain disorder. Athletes, she says, may get another benefit. The intermittent exposure to the low-oxygen, high-altitude pressure can create oxygen free radicals. In excess, they damage the body; in moderation, they signal the cells’ power plants, the mitochondria, to grow more robust. We get the same training effect on a good run, subjecting the body to the mild stress of operating at oxygen deficit, depending on how hard we push. “As with exercise,” Herbst says, “you’re stimulating all these stress pathways and, hopefully, improving the body’s entire metabolism to better handle the stresses of life.”

In the case of Adam Neff, the nation’s second-ranked tennis player in the 12-and-under set, that would be the physical stress of playing high-level tennis all week. Three times a day, Neff spends time in the CVAC pod that his coach leases for him to the tune of about $100,000 for five years. “It was a little freaky at first,” Neff says, the feeling of the lid closing down and then having to constantly move the jaw muscles to equalize the air pressure that builds up in the eustachian tubes during the pod’s high-speed altitude changes. Neff says his year of using CVAC has given him more stamina. He’s not dragged out after a week of hard training, a fact he attributes to the longer and heavier sleep he gets every night. Uehling agrees. “It relaxes my brain,” he says. “I’m really present in the moment when I get out of the pod.”

A Stanford pilot study found that CVAC modestly improved glucose metabolism in subjects who were type-2 diabetic, and in those at risk for the disease. Its author is intrigued by the technology’s potential to boost athletic performance. “I had two Masters cyclists using the CVAC informally but consistently,” says Anne Friedlander, a human- biology professor. “They swore by it and said they could ‘push more watts’ the next day.”